I would like to see the section in political polling about "undecided voters" disappear. Vanish.
Pick a side! 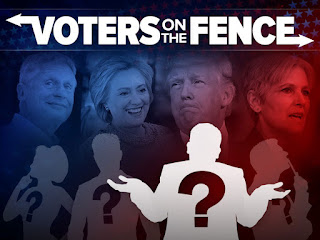 Stop being undecided. It's lazy, kind of fearful if not for some, cowardly.
it requires little to no thinking or decision making.
Chose a candidate when they are announced.
Then carve it down to the better candidate over time and stick with one, altering as info comes out until you cast a vote. 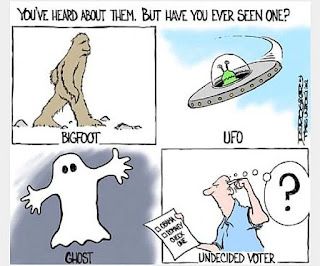 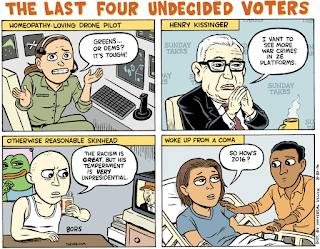 That is what got us here. To this nightmare.
IF people would decide, would act, Trump would never have become our worst POTUS in US history.
So undecided voter. What will you be doing to us next time?
And the next...?
Make the effort. 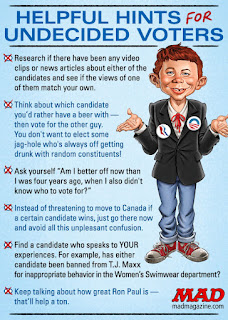 Undecided voter, let's bring that number down to all decided. Stop being undecided. And don't be fearful of switching to a better candidate, rather than making no-decision. Taking a stance, quickens your understanding, your decisions, and leads people to interact more.

I get it, introverts hate that decision. Kind of an introvert myself. But I make the effort. It's our duty to learn, think and choose. You can change your choice, but making no choice, drags it out, keeps you more ignorant than necessary and at times, leads some to never voting at all.

Because in doing so and doing so early, it changes how you think, it enhances your view, your position, your information. Because you have to seek more and become knowledgeable.
It makes you more fully, an American citizen.

A right thousands died for. For you, for us, and in the American experiment case, for Humanity.