Let me take you back, into my past...to the year 1973. Tacoma, Washington. I was seventeen. Allow me to set the stage...
I had graduated at seventeen, got a job, moved out of my parent's house and finally, started my life. Like many teens, I'd been ready to be on my own for years. Though in reality, I wasn't really ready for it. In some ways, I was more ready for it than many adults ever become. In other ways, not so much. I was very adept at problem-solving, at heading toward trouble when necessary, regardless of my personal feelings.

I had started martial arts in grade school. I had studied flight ground school. I had studied search and rescue and first responder disaster first aid in an auxiliary of the USAF, the Civil Air Patro. I had been on a private rifle team and then spent three years on my high school rifle team. I had flown small planes.
Immediately after high school, I had started sky diving. I already had my SCUBA diving license in tenth grade and performed my first open water, saltwater dive in Puget Sound's waters the same day I took my driver's license written test. In fact, I was sitting in my wet swimming trunks immediately after my open water dive while I took my written exam at my high school, after hours.

I can remember being distracted while taking my driving test by my wet swim trunks under my jeans and if anyone could smell the salt waters of Puget Sound from me while we sat stressing over filling out our test. Still, I passed both tests that day, for SCUBA and for driving.

One day while sitting at my apartment in an old house in Old Town part of Tacoma, a very nice area of manicured lawns and beautiful old houses, I got a phone call that would echo throughout my entire life to today. For purposes of story and filmmaking, we altered things to turn that phone call into a party instead. But it only made the story more interesting and wrapped up several issues quickly and neatly, increasing the tension and decreasing the cost of making the film overall.

That phone call led me to some years ago, to begin writing a new screenplay. I had just been thinking of what story from my past would make an interesting story, one that could be written and filmed and sold and shown in theaters. See, when I left my parent's house in 1973 it was my desire, after a childhood of adventures, to continue on that path to bigger and better adventures, better stories, stories I could one day, as an old man, write and people might want to buy and read, supplementing my retirement.

By this time in about 2013, I had published short horror stories for money. Years before in the 80s I had gotten published in various local computer magazines, those that looked like tiny newspapers or a Nickel want ads format. I'd gotten published in the greater Seattle area and my favorite piece "Cyberspace", about the new internet for people and not just the military and universities, and about workers and managers dealing with the use of the internet at work.

Many managers were freaking out about it...should they fire employees over it? I argued it was little different at the time as over personal use of telephones which once gave managers great concertation and to today, is an issue with employees. Especially considering today the use of cell and smartphones.

So, I reviewed in my mind on that day in 2013, what stories I had that would be best to attempt a biopic of my past life. I reviewed my published stories and my memories. I looked at old photos.  I considered stories from my years in the USAF when I had a secret clearance for working around nuclear weapons. Some interesting stories there and I'm released from talking about my work in the service after twenty-five years had passed. Which they have. I thought about years growing up in the 60s and 70s and even 80s. Lot's of interesting stuff then.

In the 90s and after 2000 I was in IT work, raising my kids and my life had toned down quite a bit. In fact, when my son was about eighteen months old in 1989 I remember driving down the street considering if in now having a child I shouldn't curb my activities and do my best to be there for him growing up. And so that day I truly became a father. Then in 1993 my daughter came about and even more reason to live sane and safe.

Then I remembered something from my past, when I was seventeen. I graduated from high school and moved out of my parents as soon as I could. I got an apartment in an old house and a job where my sister had her first post-high school job, three years prior to me. Then one day I was sitting at home and a friend called me and asked that I give a woman a ride who was staying with him and his roommate. To make a long story short, I gave her a ride and ... the rest of that story seeped back into my mind.

Because the story was about my staying with a woman for a week until she could leave town. Something about where she had worked, at the Polynesian style Tiki Restaurant in the Tacoma suburb community of Lakewood, Washington. there had been a murder three of the young bouncer there. It was at Tacoma's first topless venue. The bouncer was only twenty-five.

The woman, in about her late twenties, admitted to being where the murder had happened and said that those who committed it believed she saw it. A murder allegedly according to the newspaper and Sheriff's office was by an anonymous patron. But a murder she claimed had been committed by the restaurant owners themselves. Those "owners" were the local mafia. Not like today where you hear about a mafia of a loosely held gang. This was the real mafia.

So I agreed. I would stay with her for that week and keep her out of trouble, away from prying eyes and keep her alive until she could leave town forever for her old home town. It was an interesting week. So I agreed. With myself. That would be the story, the screenplay I would write. One day. Some day. Time passed. Occasionally I would research some on it but never got past that stage.

A few months later I was contacted by an author whom I had written an adaptation of her novel, an espionage romance, to screenplay format. it had been a few years. She said her book been optioned once for a film, but the year had passed and the option expired. Now she had interest from another producer. One in London who wanted to see it. So I contacted him via email.

I ended up sending him a copy of the screenplay. In our emails back and forth he asked me what else i had available. So I sent him a list of my finished screenplays and protected screenplays I was considering writing. I mentioned Gray and Lover The Heart Tales Incident, which had been a semi-finalist in the Circus Road Films screenplay contest. I mentioned a few others: Colorado Lobsters.

And, Popsicle Death, Sarah, and Poor Lord Ritchie the three short stories/screenplays I had included as a part of Gray and Lover and then due to coverage suggesting removing them and let the frame and main part of the screenplay to run free, I  then cut. And to very positive effect in coming close to winning a contest with it. But then I set Gray and Lover aside for this new property.

I included a list of screenplays I was thinking of writing. He latched right onto one and asked to see it first should I ever write it. The name really grabbed him: "The Teenage Bodyguard". I finished writing it in nineteen days and sent it back to him. I never heard back from him on either property. I looked him up later and found he had disappeared from the scene. So I moved on. Continued to research and send out to contests that gave feedback. I honed the screenplay and researched more.

I'll skip the ins and outs of my efforts on this screenplay. However, through my research, I stumbled onto exactly what I had gotten myself into back in 73. The story only continued to get more interesting.

I finally got a producer to work with me just a few months ago and because of that, we have redrafted the screenplay to a smaller and more marketable approach. It's been a learning experience with producer Robert Mitas. A nice guy, interesting and knowledgable guy I've enjoyed working with who is now attached to my project.

Robert has a few irons in the fire, another film in the works similar to mine as it's a true story from a young guy's past and I'm looking forward to seeing it. 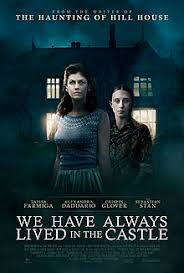 I watched his latest film, an adaptation of Shirley Jackson's story, "We Have Always Lived In The Castle". Michael Douglas was an executive producer. I really liked it. Crispin Glover was excellent as always as a quirky character, an uncle.

For my project, our project, we are now looking for a director and have a shortlist we are working off of. I look forward to seeing this project produced because it's an interesting story, a story about a place and time that hasn't received any attention.

Who KNEW there were mafia efforts in Tacoma, Washington in the 1970s? I didn't and I lived through going up against them. I just thought it was a bunch of bad actors at the time. Had I known back then, at seventeen, who they were, would it have made any difference to me at the time? I really don't think so. Here was a frightened and abused woman, who was asking for help and who was I with all the skills at my disposal, to walk away from her. That just wasn't me. 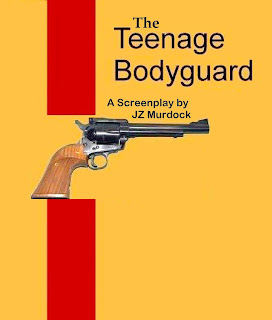 There is much more to this story. You'll be able to watch some of it in "The Teenage Bodyguard" once we get it produced and on screen for people to see. It's a much bigger story than will be on screen and maybe we'll get around to telling more of it in ensuing years. But I believe, as does Robert, that what you'll see when this version, this part of the story gets told, is a very interesting and entertaining film and you won't regret watching it.