Happy May Day! America Is for All Americans

First...Happy May Day! What is May Day? Interesting to note several things about it. 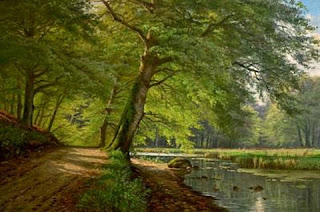 May Day. May Day, in medieval and modern Europe, holiday (May 1) for the celebration of the return of spring. The observance probably originated in ancient agricultural rituals, and the Greeks and Romans held such festivals.
Mayday is the word used around the world to make a distress call via radio communications. ... It was the idea of Frederick Mockford, who was a senior radio officer at Croydon Airport in London. He came up with the idea for “mayday" because it sounded like the French word m'aider, which means “help me."
May Day is a May 1 celebration with a long and varied history, dating back millennia. ... In the 19th century, May Day took on a new meaning, as an International Workers' Day grew out of the 19th-century labor movement for worker's rights and an eight-hour workday in the United States.May 1, 2017
Remember that and a happy May Day to all! Moving on...

I don't understand some people. I'm American. I see it as being part of a very lucky club of only 330 million people. IF I look down up, denigrate others for whatever reason, I diminish belonging to that club. Diminish the value of that club. Tarnish the names and efforts of all those who came before us, all those who died to shine this club to a high luster.

BEING American gives us certain rights and privileges.

I've never understood the tribalism or bigotry of race, color, or creed. Being American includes whites, the rich, the three major economic classes, which includes the poor, and the middle classes.


Able-bodied, and not able-bodied.
Professionals and slackers.
Military and pacifists.

Republicans and Democrats and anarchists and others.

It also does not mean those who do those things, should be treated like animals once judged, sentenced, and locked away when they fully become 100% and by our own design and desires, dependant upon us literally for everything.

Including orienting them once returned to public life to be free and valued citizens if not once again, then once and finally. Valued. Free.