There is a lot in our nation we have confusion over. People are frequently arguing on the same side of an issue. Ignorance, improper education, confused politics, lying politicians, special interests, Russian and other intrusions...it goes on and on. People grab their ideology and hang on for dear life.

Better to hang onto truth and reality, adjusting your ideology as you go. Except that is not what religion teaches. Especially those, especially on the right, who choose to make their religious beliefs, so unreasonably a part of all of our national politics. They teach absolutes and the "untouchable" power of a "God's Word" and all that. Cutting one off from critical thinking.

Then, we hear how education is bad for theology. Good grief. 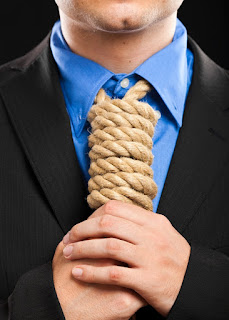 ANYONE who tells you knowledge is bad, that to learn is bad, to seek clarity and understand history, to find assimilation acclimation is anything but a good thing, is misleading you. If your "God" or religious leaders are telling you things like that...biblically speaking? End them. Or at least, be done with them. I have also discovered that in general, any belief system that claims to have ALL the answers, has logically in some way got to be defective, divisive and disingenuous.

Or perhaps even better in these modern times, simply get another religious leader. Or better still, quit religion altogether and join a more enlightened humanity.

The trouble with that is that some in that group of "enlightened" humanity, not only dumps religion but then believes nothing needs to be adhered to. Not all. That is the argument by religion against leaving religion.

"The atheist has no grounding and so can turn to the vilest of human pursuits." Nonsense. Fearmongering by the theistic. Never follow those who use fear as a precursor to adherence to their beliefs. We see this now in the current GOP, in Donald Trump their leader. FEAR! Fear, fear! Please, that only works on the immature. The ignorant. And so we hear Trump claim, "I love the uneducated!" Of course, he does. It makes his Grand Con even easier.

Alas, those who dump religion do still have a responsibility to themselves as well as to humanity. But cutting ties with restrictive religions (and the more restrictive the more this tends to happen)...people do tend to find they just want to have fun! 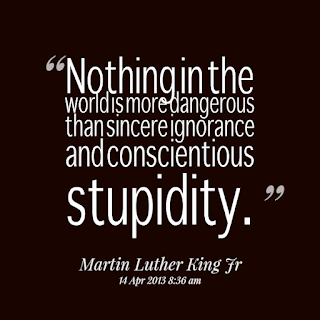 Here's the thing (not about religion, but my actual topic)...

You are an American citizen by right if born here, or if naturalized. That means there is some responsibility of the Government to help you make it from birth to death. Unless you're Republican, then you THINK it means, well... I don't think they even know sometimes.

Let's take the current vast morass of nonsense about healthcare.

It really annoys me to see a healthcare plan that has listed a lifetime limit. Or, that's fine, IF the government then picks up the tab if you go over that limit. What is the alternative? Death? Nice.

Look. It is our right to be a citizen. But there are responsibilities.

Republicans and the wealthy seem to miss that concept entirely. They believe the money they make is all theirs. Screw everyone else. That you should be able to make as much money as you can, regardless. But in a closed economic system on this planet, that is a destructive methodology.

And yet it's funny how, if they lose all their money, if they find themselves in that situation needing help, suddenly they change their tune. Government handouts THEN are just fine with them. 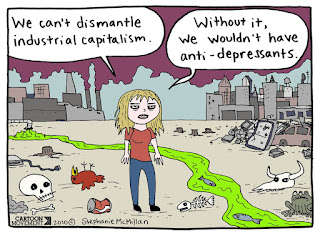 Hypocrites? Or just stupid? I'd say, Republican, uncompassionate, and ignorant. Not stupid, just hoping everyone else is stupid and has a short memory. Which time and again they are and do have.

A citizen pays their taxes, as they can and are required to do, by how much they make.

When they exceed that amount in something like healthcare, who then pays? The government should. Obviously. It's what government is there for. To protect and serve the people. Not to protect the wealthy and serve up the poor as a method of enhancing their wealth and ideals. This is a group thing. not a special, elitist group and screw the rest of the majority.

You're thinking about how communism has worked, pal. And Soviet-style socialism.

That is not the case, however. Instead, we allow people to go into debt, bankrupting them perhaps in some cases for the rest of their lives. We're even doing that to college students now in their government educational loans. Ruining their lives and their family's life. Possibly even killing them due to the stress. All when it can be avoided, by not giving those who have, all they can acquire.

Capitalism, need limits and controls. The free market system has failed time and gain. Because one COULD argue, it's impossible to allow it to work because immediately people in power and wealth skew it to their advantage. Because they can! Deregulation strangles the economy, the citizens, and the environment. In a kind of feedback loop. It's a type of pyramid scheme where those on top survive while all below them die off.

Rich people pay their taxes as required, and then have massive amounts of money they don't need to live. When you make so much money you can live in luxury and have so much money left over, some of that money needs to go into the public coffers.

Oh God, how conservatives and Republicans hate that idea.

But it is fair. Because you see, we live in a country. We all pay to be citizens. Or should be. The poor cannot pay as much as the wealthy, so they pay according to their designated schedule what they can so they can also still live and not be a burden on society. The masses make up in toto what the individual cannot. While the wealthy do not makeup in the individual or their small mass. Because they can get away with it because they control and make the rules. Because, they can.

Wealthy people pay their scheduled amount, but can be taxed at a higher rate because it really does not affect their baseline. Surely we shouldn't take all their money. They deserve luxury because of their position, But it's not like all those people have earned that position.

The mistaken belief that the wealthy deserve because they have achieved is a fantasy.

And the mistaken belief that the rest of us do not deserve anything because we haven't achieved is simply a fantasy in the other direction.

We are in the end, all in this together. We just all need never to forget that. And to stop this national confusion merely for the sake of making all the money it is possible to make and see where it is not only ludicrous to make more, but criminal and immoral.

Want to make America great? Do your part. And stop taking that part of what is really all the others'.

America is in a state of Post Traumatic Shock.

Until we heal that, we're stuck with us.
Our childhood was traumatic,
Then the two world wars damaged us and the cold war insidiously damaged us low key and long term.
We rounded up Japenese and put them in internment, or concentration camps. We concentrated a single ace on race alone and locked them up. Americans were locked up.
We did that. And we never really heald from it. Prof is today in how we are treated asylum seekers and illegal immigrants.
The Korean war damaged us.
The Vietnam war damaged us.
Before we had a chance to heal 9/11.
Then more wars. And finally our longest ever.
We have PTS. it's not a disorder because it's a natural reaction to trauma.
It's worse when we did it to ourselves.
Once we heal from this, perhaps we will begin to act like mature adult human beings. Other older countries are and have.
We just seem to be getting worse.
Because we keep doing it to ourselves.
We have broken capitalism.
We have people seeing the opposite of reality can calling it good.
We have drug companies breaking the law, ripping us off in a healthcare system that is breaking us and yet we call it good.
How can it be different?
We have PTS.
We are broken.
We have private prisons and a broken prison system we DEMAND cannot be fixed. DAMN don't talk about, it is, like our laws, ad destructive as we can get away with and it's the only way it can be.
We have PTS.
We are broken.
When prisoners and victims have been brought together, at the victim's request, the alien, the animal, the demon, the monster is revealed and... it is just another person, themselves perhaps once damaged, perhaps now broken and sorrowful. Not just for getting caught, not just for being imprisoned, but truly sorry for perhaps a single moment, stopping being human and simply becoming a machine.
And let to regret it then forever.Why are there so many people in prison who could be more appropriately dealt with differently, productively and humanely?
We have PTS.
We are broken.
We can be proactive, but profit comes first.
We are broken.
We are broken.
We are broken.
And, we don't have to be. But it's up to us.
not those who do not wish no longer to be broken.
But we have put many of them in our highest offices in this country.
They are broken.
We no longer have to be.
There ARE better ways.
We ARE beginning to see that now.
We can get better.
There's just a lot of people who don't want that to happen.
It's up to us.