Live It Outloud! is a Ted Brown Music outreach program and a Rock Music Summer School out of Tacoma, WA. My sister's husband Joe Wilson is deep into running it, or helping run it. I'm not quite sure how that works out and it's pretty unimportant for our purposes here today.

I wrote about this last year and the year before when I went to their final concerts. It's about sixty miles for me to get there so that says something. Not a real long trip but more than popping down to the local theater. And it was great fun just to hang out and see everyone, too.

That first concert assured that I would see the second one, and so I did. I'll be there again, next time, too. I had a great time and the kids and their bands were very entertaining. Some of them unbelievably professional for their age and a few bands about ready to be touring. What is important here are the kids and how positively this is affecting them.

This is an awesome project!


Joe has been very pleased with the talents of these kids and those who excel in the program. Particularly one exceptional individual that I would like to point out here. I met her briefly at the first and second concert and she is very sweet and still quite young. Which makes her talent, all the more amazing.

Perhaps I'll just let Joe talk about her in his own words: 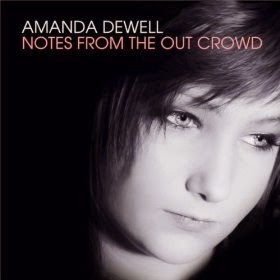 "Amanda came to us, an 11 yr old seemingly very shy girl, dressed like a rocker, (with the added dimension of also dressing in “Hello Kitty” Pj’s and slippers at times) and surprised everyone with a rendition of “Misery” by Paramore the first year.

"2012’s concert saw her play the cello and perform “Broken”. The audience appeared fixated on this young girl who wrote lyrics and melody to a song orchestrated with Jonathan Irwin. The appeal of that song got the attention of Mark Simmons at Pacific Studios, members of the Vicci Martinez band and a recording session was born. That song was subsequently made into a simple video that garnered 8000+ views in 6 months.

"Surprised at the reaction a decision was made to finish an EP, “Notes From the Out Crowd” and was released on iTunes, Amazon and all the other digital services the 1st of April. She was contacted by a lawyer in Seattle who worked for Nirvana and all the rest of the grunge scene at Sub-Pop Records during her 16 year tenure.

"She is looking into sync- licensing some of Amanda’s work for Television, Film and other venues. We’re learning how all this works and are privileged to have Amanda help us on this journey that will help other musicians in the program, past and present, find a way to get their music heard. Amanda will finish her album this summer with a release date in September."

And so, congrats to Cat! Congrats to Joe and the others behind the scenes!
Check her out and keep watching....