From a standard history book in 2040: 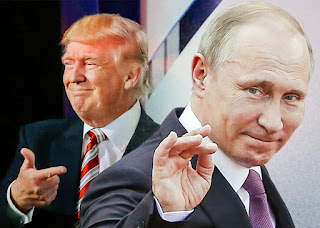 "Donald J Trump, a quickly forgotten businessman turned politician for profit, was America's last Republican president. A narcissistic and authoritarian style politician he had been a reality TV star (see, "The Apprentice") and businessman of questionable ethics. Trump ran for President of the United States of America in the election of 2016 and much to everyone's amazement (including his own and that of his campaign staff), he won.

"Trump's campaign, which started merely as a joke and a way to enhance the "Trump" brand under the guise of "cleaning up the swamp" (referring to Washington DC politics) and "Making America Great Again" (a slogan that had little substance or meaning to it, but resonated a great deal with faux conservatives who had little or nothing better to do). The campaign was propped up by a rag tag ad hoc supporter base of the disenfranchised, the poor, the uneducated (see, "I love the uneducated"), many who should have simply known better, oddly enough a Christian evangelical base and those we now know as the Faux Freedom Believers (FFB) mindset in America at that time.

"This was a group who pushed for freedom of public lands (so individual Republicans profiting from it didn't have to pay to use public lands), a desire for "a gun in every hand", and essentially a desire for anarchy in wanting little or better yet, no government, all along with a faux conservative electorate and the rapidly dissolving Republican Party (see, "Zombie Republican Party") who saw in Trump, simply a way to regain power no matter how crazy he sounded or how ignorant is grasp of civics and world politics was during a very dangerous time in the world.

"Trump's election was also the last time Christian Americans lost the path of their religion and elected someone like Trump for reasons of, "just because". Even though he had exhibited a lifetime of a lifestyle that was the antithesis to what Christianity espoused. But then most Christians had little clue about what their leader, Jesus, really wanted or said or meant. Christianity lost many believers after Trump's short lived administration because it was taken over by Mike Pence who was his short lived Vice President (See, "Downfall of Pres. Mike Pence") and it began the American decline of the Christian Evangelical movement. 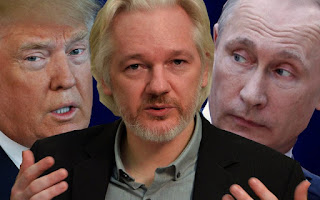 "Russia also saw opportunity in this election and helped from afar through electronic connections and elsewhere including direct interactions through Russian espionage operatives, in order to enhance and assure the Trump election. This included a branch of the FSB in Wikileaks and it's founder, Julian Assange (see, "2019 Assange Execution by FSB"). Thus assuring Russia a place at the negotiating table in being closer to the head of the table along with American interests. Russian interests which over time were found to overwhelm American desires for Russian ones through the cult of personality of Russian President Vladimir Putin (much like Trump's). This Ex-KGB trained operative ruled Russia for many years and was an authoritarian nationalist (see the article, "Be Extremely Wary of Nationalism") who abused international borders, killed his dissenters and reporters he did not like, and had ex patriots killed in their new home countries (see, "Alexander Litvinenko").

"Trump did not last through his first 100 days as president before uncovered illegal activities came to light, an ever increasing instability and a Nixon like breakdown in office (see, "Pres. Richard Nixon Barked Like a Dog Under Pressure and Other Stories of Mental Illness"). It is difficult now for critical thinkers to consider how it could have been possible for something so obvious and happening in the open wasn't realized and put down. But that is how a well run operation is executed on a foreign power. Again it is very hard to understand, though Russian activities in American politics is understandable, how an American Republican party would work against its own country and citizens.

"Among other things It was also found over time and finally accepted that:

"1) Trump had attained the election during a period of duress by the America people in lying to them publicly and openly and getting away with it, and other questionable activities (see, "Backdoor Manipulations of the Electorate");

"2) Trump had the help of long term detrimental workings through Soviet Union style disinformation and misinformation by both the Russian intelligence community (as directed by their leader, Vladimir Putin), as well as oddly enough by the now defunct American Republican Party. Also and in general by American faux conservatives (true followers of the conservative mindset were wary of all this) through right wing media (see, "Wingnut Media") and citizen groups against the Democratic nominee running against him for President in that of Hillary Clinton. One time First Lady during the 1990s Clinton Administration of her husband Bill Clinton, as well as having served as a Senator and Secretary of State in the Barack Obama Administration it was later found that nearly all of the negative beliefs about her were false and had been managed by Russian intelligence and again, and oddly enough (again), the American Republican Party.

"3) This section is so extensive it is here simply labeled, Money (see, "Illegal Actions by Pres. Donald J Trump)."

"America learned a great deal from the Trump/Pence administration even though in total it only lasted a mere two years and brought down with it many Republican Congressional leaders such as Mitch McConnell who was jailed and later murdered in prison for crimes against America. It was only a two year term of office that took nearly twenty years for America to recoup from both inside America and with their damaged international prestige. The American legacy was quickly resurrected and enhanced once a Democratic president took over in 2018 (see, "Emergency Presidential Election of 2018"). It was an election that was also supported even by the soon to be dissolved (by the FBI) Republican party (See, "New Party of the Republic" (NPR)) which grew more to be far more functional than it's precursor in the old GOP (Grand Old Party). American politics after the election of 2018 began to be more functional from then on for the first time in over twenty years (see, "Arrest and incarceration of Newt Gingrich").

There is hope. There is always, hope.